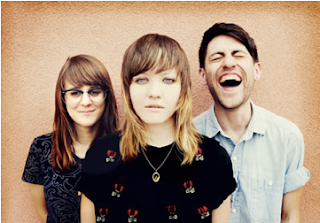 I posted about Now, Now (formerly Now, Now Every Children) back in January of this year when they were prepping the release of Threads. The fantastic record has since seen praise from the likes of NPR, Paste, MTV Buzzworthy, and all those other tastemakers that are not yours truly. Anyway, it's a lovely listen worth checking out if it hasn't crossed your radar yet.

They stopped through Athens on tour earlier this year, which I was disappointed to have missed, but will be playing Atlanta on Friday, November 2. You should come check it out with me (even though it's at the Masquerade). They are opening for Jukebox the Ghost and Motion City Soundtrack. Nothing against those guys, but be sure to get there early.