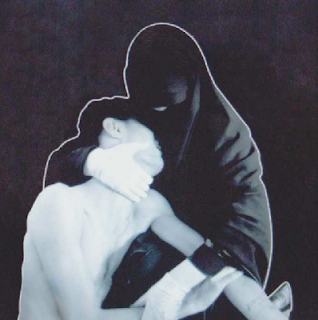 Crystal Castles are back and ready to chill your blood with their newest effort, due out digitally November 5 with physical available November 6. The record will be called (III), apparently a reference to this being the third "self-titled" release, as the first two are now being referred to as I and II.

The first single "Plague" now has a horror-show video out to accompany the MP3 that the band shared via Soundcloud two months ago.

Today, the duo shared another track from the record, which is equally terrifying even without the visuals of a woman convulsing in a train station hallway.