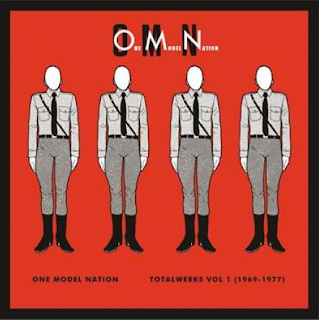 As I was cruising through emails and around on the internet tonight, listening to different music and trying to decide what to post on tonight, this happened on my screen and it was too perfect to ignore: 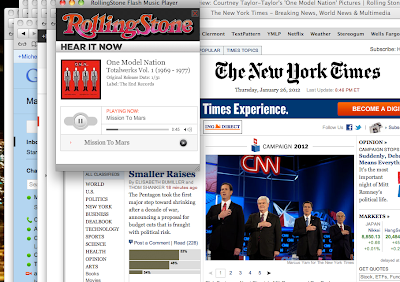 Oh, the little joys in life.

The song was pretty good, too. Courtney Taylor-Taylor, frontman of The Dandy Warhols, has created a "work of historical fiction set in Berlin 1977 during a fascinating period of political and cultural turmoil." One Model Nation is the band that serves as the figurehead of the youth rebellion... or so the story goes. Totalwerks Vol. 1 (1969-1977) is out on Tuesday via on The End Records. The graphic novel by the same title, written by Taylor-Taylor and featuring artwork by Jim Rugg (The Guild), comes out on the same day.