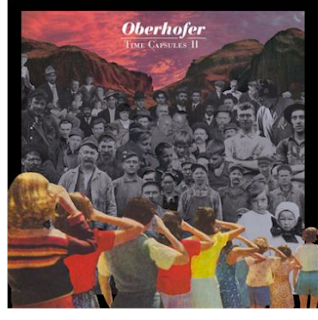 I happily share with you all today the first single from Time Collapses II, the upcoming record from 21 year-old Brad Oberhofer (3/27 via Glassnote).  While song titles such as "Away Frm U," "oOoO," "Cruisin' FDR," and "Homebro" may lead one to think that this is a disc to filed along next to Jusin Bieber, do not be fooled, my friends. Young Oberhofer displays some very mature arrangements and emotion-driven songwriting that even the most established chamber pop acts shouldn't dare shake a stick at. With the record having been produced by Steve Lillywhite (Morrisey, U2, Rolling Stones, etc.) and already having received praise from the likes of Pitchfork, Spin, and Billboard, I don't think anyone needs to question the legitimacy of this debut effort. Have a listen for yourself.
Download here.
Or listen via Soundcloud:

And a little video about it all: